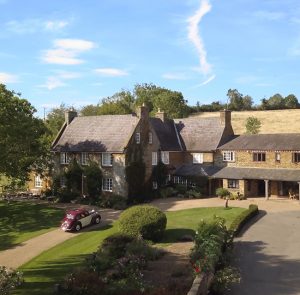 Lucy and Paul had their wedding reception at the stunning Crockwell Farm wedding venue, an idyllic wedding venue in the Northampton countryside which offers the most amazing gardens and stone farm buildings to dress as you please. They first contacted me over 2 years ago to book me to produce a wedding film, so I had been looking forward to it for a very long time.

The couple chose to get married at the church in the local village of Eydon before returning to Crockwell Farm for what can only described as one hell of a party!! 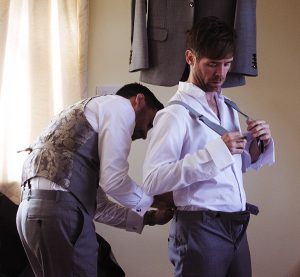 On the morning of the wedding I arrived a Crockwell Farm to film the bridal preparations. Lucy and the girls had stopped the night before, and when I arrived the preparations were well under way: the stunning dress had been laid out in the bridal suit along with the bridesmaids’ dresses and the adorable flower girl’s dress, the girls were just finishing breakfast, and hair and makeup were in full flow. Outside, on the spacious lawn of the farm buildings, the fairground had arrived, and they had begun setting up, so the clanking of circus poles was ringing in the air – this was going to be spectacular!

Lucy requested that I capture footage of the boys getting ready, so on 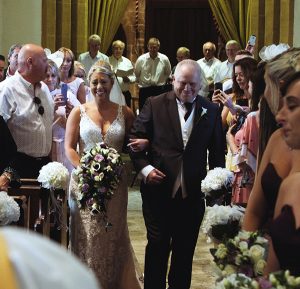 my way to the church I called in at the ‘East of Eydon’ – another cottage owned by Crockwell. This cottage is perfect for either bridal preparations or, in this case, for the groom to prepare away from the wedding venue. When I arrived, the boys were just finishing getting ready, the ties were being straightened and the braces were being attached. I got some great shots of them having a little drink before they left for the church – they were ready for the day.

The church of Saint Nicholas, in Eydon, dates back to the 13th century and is such a picturesque little building. I arrived early, enabling me to get shots of all of the guests arriving. The ushers arrived not long after me and they busied themselves marshalling the car park and giving out orders of service (oh, and the most important job of all – keeping Paul calm).

It wasn’t long before the bridesmaids arrived and then, pootling through the village, came Lucy in a splendid family owned vintage MG. 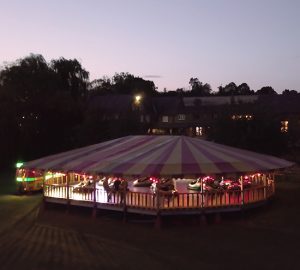 The ceremony was an emotional affair and, once it was done, it was time to travel back to Crockwell Farm to start the party. When we arrived back there were welcome drinks under the old tree as well as a magician to keep everyone entertained as the photographers snapped the groups shots. It was such a warm day – everyone was glad of the shade under the tree.

Soon it was time for dinner and everyone was ushered into the marquee – dinner was served, and those to give speeches looked increasingly nervous.

Once the formalities were over, everyone was again out in the gardens at Crockwell 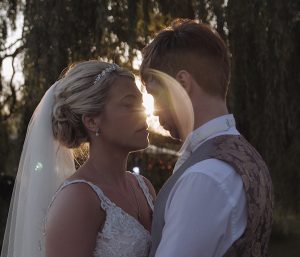 Farm and now the funfair was in full flow: outside there were dodgems, bouncy castles, fairground stalls and an ice-cream van to keep people entertained, whilst inside there were racing simulators and arcade games. There was no way anyone was getting bored! As the sun set, we took Lucy and Paul off for a few more late evening shots and then the most amazing sunset shot of the two of them. We really were spoiled.

As well as our usual wedding film, we were also produced a marryoke of guests lip-synching to a favourite track, so we carried on late into the evening. 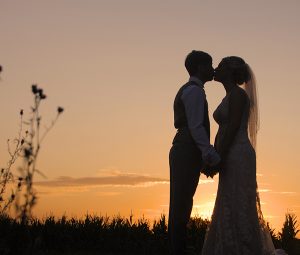 We left just after the fun fair closed for the evening and everyone had made their way back inside for the evening party. The music was cranked up and the dance moves came out.

Massive congratulations to Lucy and Paul – it was truly an epic day!

The Wedding of Lianne and Ashley at the Manor House Hotel